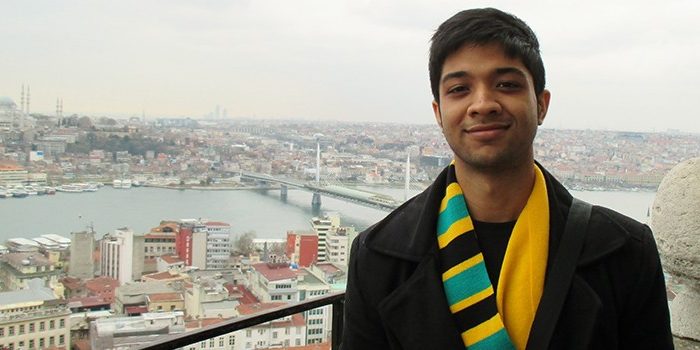 As we approach Abortion Provider Appreciation day on the 10th Of March, we would like to celebrate some of the medical heroes who are working to provide safe abortion care for South African women.

Today, we celebrate Vikar Singh, currently a 4th year medical student at the Nelson R. Mandela school of medicine, University of KwaZulu-Natal. He holds positions at both the South African Medical Student Association (SAMSA) and International Federation of Medical Students Association (IFMSA) and is a Sexual and Reproductive Health activist.
“Why are you choosing to be an abortion provider?”

V: The question shouldn’t be why am I choosing to be an abortion provider, but rather why am I choosing to become a medical doctor – and the answer is to provide the best possible care, in a manner that is non-judgemental, to all patients I will encounter.  Especially in South Africa, where nearly one-third of the country’s population lives in rural areas, access to sexual and reproductive health resources are scarce. This coupled with inadequate comprehensive sex education and gender inequality exemplifies why abortion should be embraced and fully incorporated into our public health care system. During my gynaecology rotation one patient stood out – by her appearance and persona I could tell she came from a conservative religious background. She already had 3 children and clearly did not have the means and ability to optimally care for another child. She was only 3 weeks pregnant, and as per hospital protocol, it was too early to visualise an intrauterine pregnancy on ultrasound and she was asked to return in 2 weeks time. Visually distraught, she pleaded to receive the abortion by then or else her husband may notice the pregnancy.
I realised then how much work we as healthcare professionals, activists and civil society at large still have to do. We may live in a modern era where men and women may appear to be equal – but in fact this isn’t the case. Until women have the confidence to make decisions about their own bodies without fear of persecution from their partners, and are able to exercise their rights of using contraception freely and practise family planning methods, then only will progress be made.
In South Africa, it is compulsory for medical doctors to serve a year of community service which is generally set in a rural health facility. Most of these facilities are already under-staffed, and in low resourced settings – so although a doctor may conscientiously object to perform an abortion and refer the patient to another health care worker, who do you refer the patient to? The choices are either to refer the patient to the next nearest facility which could be at least 70 kilometres away, or indirectly forcing the woman to seek an unsafe abortion or by practising other deadly methods.
I would like to thank abortion providers worldwide for allowing women to practise their human right of having control over their own bodies, in a just and safe environment. It is profession that isn’t easy – as many around the world face discrimination and are sometimes even killed for doing their job.