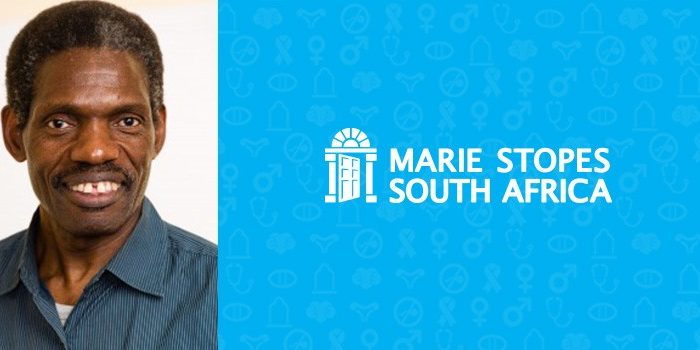 In South Africa, we cannot talk about abortion providers without talking about Dr. Eddie Mhlanga, a man who has inspired and mentored many of South Africa’s abortion providers. Dr Mhlanga is one of South Africa’s leading advocates for women’s rights to reproductive health care, and women’s access to safe and legal abortion providers is an issue he is very passionate about.
From a very young age, Dr. Mhlanga knew he wanted to care for people as a physician, a goal that seemed impossible, but one he managed to achieve and beyond. Since 2013 Dr Mhlanga has been the co-Lead Doctor for Global Doctors for Choice, a network of physicians around the world who advocate for access to safe reproductive health care.

Dr. Eddie Mhlanga is , Republic of South Africa. He is currently a member of the National Committee on the Confidential Enquiry of Maternal Death. He also serves on the FIGO (International Federation of Gynecology and Obstetrics) Task Team on the Prevention of Unsafe Abortion. He is the past-head of the Department of Obstetrics and Gynecology at the Nelson R Mandela School of Medicine, University of KwaZulu-Natal. Dr. Mhlanga was formerly the Chief Director of the Maternal, Child, and Women’s Health Unit of South Africa’s National Department of Health. Dr. Mhlanga is a past board member of Ipas and has served the WHO, UNFPA, UNICEF, FIGO and IPPF in various capacities over the years. As director of Maternal, Child and Women’s Health for the Department of Health, Dr. Mhlanga was instrumental in helping implement the Choice on Termination of Pregnancy Act (1996). On top of all these hats that he wears, Dr. Mhlanga has never stopped being an abortion provider, he is currently the Provincial Specialist of Obstetrics and Gynecology, Department of Health for Mpumalanga province and is providing clinical care in a low resource setting.

Why he became an abortion provider?

As a young doctor, Dr. Mhlanga quickly realised that there was a vast need for child health and obstetric services across South Africa and especially its rural areas. He believed that “Every death of a woman is a major event .People need to stop and say, ‘What happened?'” which was reinforced when he watched a nurse colleague die from septic abortion (in which an abortion or miscarriage is following by a uterine infection that spreads to the blood). Experiencing this reaffirmed his belief that women don’t have to die due to lack of appropriate services and reproductive choice and this is what has driven his work.

Dr. Mhlanga passionately believes that what women are looking for, is the freedom to choose and the freedom not to be judged – whatever choice they make and continues to work to allow women to have this choice.

We salute you Dr. Mhlanga