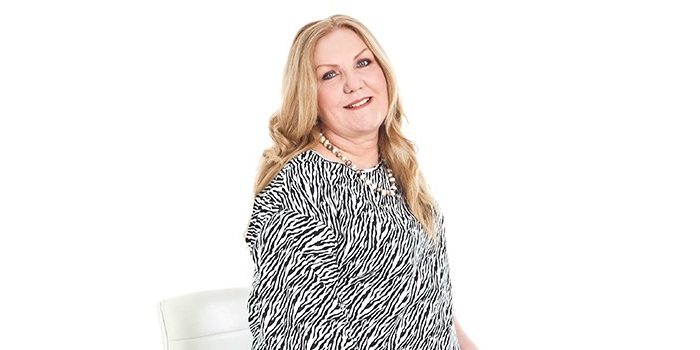 Today, we continue with the build up to Abortion Provider Appreciation day (10 March) and take into account that it is International Women’s Day so we see it fit that we celebrate a phenomenal woman, Professor Elna McIntosh. Elna has been a Sexual Health Practitioner since 1983 and works as a sex-educator, a researcher, an author, a media personality/advocate for sexual and reproductive health rights, a breast cancer survivor AND she has been an abortion provider since 1996. She owns and runs DISA, a Sexual and Reproductive Health Care clinic, which provides comprehensive services to women, from teenagers to menopausal women. We asked Elna to share her experience as an abortion provider with us and this is what she had to say:

A call for a different ‘morality’

I decided to write this following a conversation with a colleague who asked me about my work with women who have had abortions.  She was particularly interested in why women might put themselves at risk of having a repeat abortion (often directly after they have just experienced the difficulty of having to terminate a recent unplanned pregnancy).  I think there are almost as many answers to this question as there are women who have more than one termination.  What did come to mind for me, however, is how society’s approach to these topics might contribute to the problem rather than help alleviate it. South African Society can perhaps be accused of being ‘morally immature’ when it comes to the topic of sex.  There is a strict moral code that everyone is supposed to keep up, to save face, but in reality is seldom lived out.  As a result, there is a considerable gap between what is practiced and what is preached.  We begin to engage in private sexual practices that we try to hide, even from ourselves and we end up behaving in ways that we feel ethically at odds with.  My concern is that a conservative moral approach to sex causes sexual behaviour to live in secret, hidden and less manageable ways.  This is true, I believe, for how abortion is dealt with. What are possible reasons why you would put yourself at risk of a repeat abortion? For a woman to take responsibility for contraception requires planning.  Do we live in a society where woman are allowed to actively and openly plan to have sex?  What does it say about a woman if she openly intends on having sex?  What if the conservative audiences in our society compel her to pretend (even to herself, perhaps) that she does not intend having sex, therefore putting herself at risk?

Despite popular assumption, sex is not an isolated physical act that happens behind the closed doors of a married couple’s bedroom.  Some people do make the decision to have sex only after significant commitment in a relationship, but ‘Sex’ is not an isolated action that is separate from the rest of our lives.  We cannot pack it away in a cupboard until we are ready to use it.  Sex is entwined in who we are, from infancy.  A woman who is haunted by feelings of not being “good-enough”, under pressure to be in a ‘committed’ relationship, or does not feel free to be in control of her own body – might find it difficult to make responsible choices about sex.  For example, by negotiating to use contraception she might risk ruining a perfectly good romantic moment.  Or, insisting to use a condom might require her to find an assertive voice that she is not used to having in a relationship.

When I enter into conversations with women about their decisions to terminate a pregnancy it is like entering into a secret world where we start to speak about the unspoken.  Every woman who is reluctantly faced with the difficult decision to terminate a pregnancy has a unique story to tell.  The details of this story are what lead to having to make this choice.  There is almost always a societal audience (even if it is an imagined one) that places judgments on this story.  This audience judges whether the story is sad, traumatic or desperate enough to make an abortion ‘morally justifiable’.  The same audience compels individuals to feel shame about their decision, to avoid openly telling their stories and, therefore, undermining any attempts to actively deal with the events of their life surrounding the decision to terminate.  How would things be different if woman (and their partners) where invited to be open and honest about abortion?  Would it empower them to be less likely to find themselves in that situation again?
My work with women who are considering or who have had a termination attempts to make room for a different morality:  It is a morality that appreciates open dialogue about our sexuality; that helps them explore the individual stories that have led them to this point; respecting these stories as significant and worthy of a concerned audience; and attempting to privilege their voices above those of a judging societal audience.

Perhaps there is a myth that openness about abortion will lead to an immoral and complacent reliance on it (even the use of it as a form of contraception).  In reality, I have witnessed that the decision to terminate is never an easy one and that it is possible to choose abortion and still have ‘ethics’, spirituality and integrity.  My hope is that all women are never faced with having to make that decision but I am also quite sure that abortion is unlikely to be used as a form of contraception. Is it not unfortunate if taken-for-granted moral codes, such as abortions as shameful and secret practices, deny the opportunity for control over ones own well-being?

Elna, we salute you!