Abortion Stories: Why I Had an Abortion 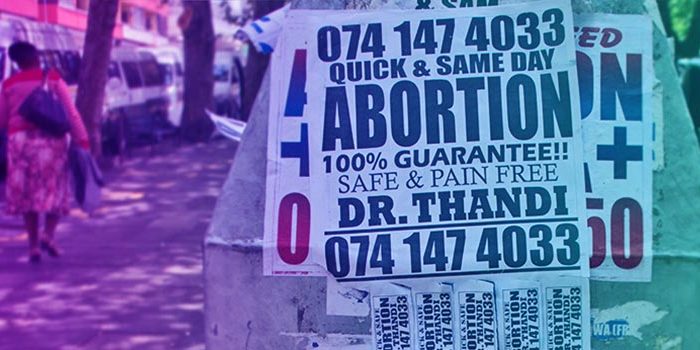 Taz*, a 20-year-old student, was in a long-distance relationship when she discovered she was pregnant. “We’d been a bit careless when he’d come to visit me,” Taz says, adding that after some spontaneous unprotected sex, she’d taken the morning after pill. “Now I know the morning after pill is only 85% effective, because after he went back home, I discovered I was pregnant.”

When Taz missed her first period after taking the pill, she hadn’t been worried. “The pharmacist had told me that this kind of emergency contraception could mess up my cycle, which meant that my period might come early or I might miss the next one. But something wasn’t sitting right with me. So I decided just to be safe and take a pregnancy test a few weeks later. And boy, was that inkling right: I was pregnant.”

Why I decided not to tell my boyfriend

As a second-year pharmacy student, Taz wasn’t ready to settle down or be a mom, but she knew her partner would want to do the ‘right thing’.

“If I’d told him I was pregnant, I knew he’d want to keep the baby and maybe even get married. I wasn’t ready for that kind of commitment and I certainly wasn’t ready to be a parent,” says Taz. “I knew I’d have to drop out of varsity – at least for a while – and realistically, the odds of me going back and finishing my degree wouldn’t be high.”

After agonising over her situation for a few days, Taz came to a decision: she wanted to abort. “It was my body, so I knew it was my decision. And I knew that a termination of pregnancy was right for me.”

There are two different abortion methods for women who are up to 20 weeks pregnant. Because Taz was only seven weeks pregnant, she was eligible for a medical abortion.

“I had no money, and I had no one to ask for advice. So, I went to a public clinic that a friend referred me to. I was terrified: I’d heard horror stories about the way that people seeking abortions were treated at hospitals, so I was pleasantly surprised when I met a really nice sister who was kind and helped me with no attitude or lecture, or any of the other things I’d been warned to expect.”

The abortion itself was not a pleasant experience, admits Taz – she says she bled for days and was in a considerable amount of pain – but she’s never once regretted her decision. “I am still in school, and I’m now using the implant contraceptive so I’m protected going forward. My boyfriend and I are still together, even though I haven’t told him about the abortion, and I’m not sure I will. The way I see, it, if it’s meant to be, it’ll happen at a time when we’re ready for it.”

If you need a safe, legal abortion, Marie Stopes can help

As a South African woman, having an abortion is your right, should you choose to exercise it. You don’t need anyone’s permission to terminate, and if you choose Marie Stopes, you’ll receive the highest quality care in a judgement-free environment.

Find out more about our safe abortion services, or book an appointment online.