Abortion stories: The surprising reason I terminated my pregnancy 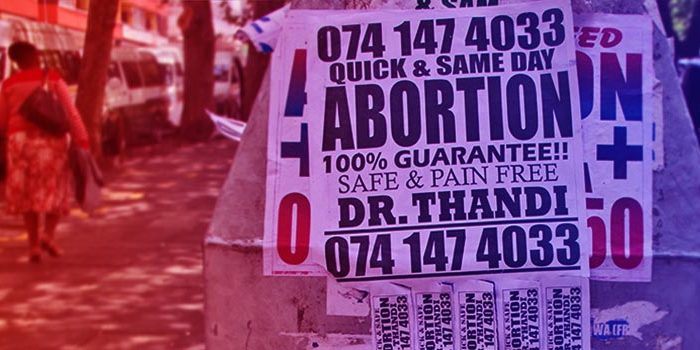 “People find it hard to believe that some women don’t want to be moms, but I didn’t,” says Grace, a 32-year-old professional who faced an unwanted pregnancy last year. She’s happy to be part of group of women sharing their abortion stories to help others.

“Having a baby was never part of my plan. My partner and I had been together for almost seven years and had always agreed that kids were not on the cards for us. Being a mother isn’t something I had ever imagined or wanted for myself, and my lifestyle was simply not conducive to raising kids.”

Grace and her partner were both busy professionals who worked long hours, and her partner spent much of the time away on business. They’d always been careful and Grace was using contraception: she was on the injection and tried to remember to go on time for each shot. “On top of being late for my injection, the fact that I no longer got my periods – a side effect of this type of contraception – meant that I didn’t realise I was pregnant until I was nine weeks along.”

Our decision to terminate the pregnancy

It was a brief discussion, but Grace says both she and her partner decided that a termination of pregnancy was the best decision for them. “I thought that coming to that conclusion would be drawn-out and stressful, but it wasn’t. The hardest part was facing the stigma that surrounds women who don’t want to be mothers,” says Grace.

“It’s becoming more common, but society still doesn’t accept it – you’re always told you’ll ‘change your mind when you get older’ or if the opportunity arises. But for me, falling pregnant just reinforced what I’d always known: I didn’t want kids.”

My experience at the abortion clinic

Grace scheduled her termination at 11 weeks, and the procedure was performed by her gynae under sedation. “I had the one-day surgical procedure, and I also opted to go onto the Mirena IUD at the same time so I wouldn’t face another unplanned pregnancy. My only memory is of being vaguely aware of something going on – I could hear the voices of my gynae and the nurses – and the next thing I knew, the nurse was helping me to get dressed and walk through to the recovery area.”

Unexpectedly, as she sat in the recovery room, Grace says she began to cry. “I wasn’t sure how I was supposed to be feeling. I was waiting for the guilt to set in and I was afraid of what people would say when they found out I’d had an abortion – like not wanting to be a mom, having an abortion is often not accepted by society.”

Fast-forward to today, and Grace says she has zero regrets. “It wasn’t an easy thing to go through, but not for a minute do I regret my choice. My partner and I are stronger than ever, our careers are great, and we’re happy and fulfilled. Having a child would have changed all that, so we know we made the right decision.”

At Marie Stopes, you and you alone are free to make choices about your pregnancy, and if you choose to terminate, you’ll be treated in safe, caring and non-judgemental environment. Your body, your choice.

Find out more about our safe abortion services or make an appointment online.