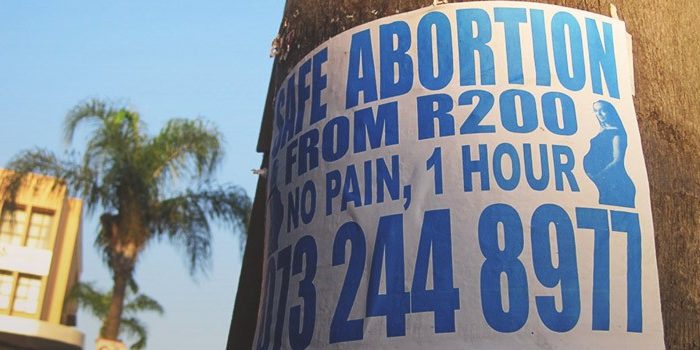 Here’s a fact about abortions that will blow your mind: the incidence of abortions is not related to abortion legality. In other words, in countries where abortion is illegal, the number of terminations doesn’t decrease. Banning the procedure merely drives women to take dangerous steps to end their pregnancies.

However, there is a strong correlation between abortion legality and abortion safety. That is, where abortion is legal, the safety of the procedure is greatly increased.

Why are these facts so sobering? Because women facing unwanted pregnancies will terminate regardless of whether or not it’s legal – and illegal abortions can have a dire impact on a woman’s health.

According to Ourbodiesourselves.org, nearly half of the terminations that take place around the world are illegal, and most of these occur in developing countries. Moreover, the rate of abortion in certain Western countries, where the procedure is legal, is lower than in countries where it’s outlawed.

It’s true that in South Africa, abortion is legal. So why do so many women still turn to unqualified individuals or unsafe environments to have abortions? The answer lies in the fact that in certain communities, there’s still a massive stigma around abortion. This drives women to seek out illegal abortion providers in secret, hidden locations.

How you can help break down the stigma surrounding abortions

According to studies referenced by the University of Chicago, two out of three women who have abortions are worried about facing stigmatisation if people find out.

Many of these women believe they’ll be treated differently by their friends, family and even by healthcare workers if their terminations come to light. Self-induced or illegal abortion procedures are often seen as a way to keep it secret.

Finally, here’s another important fact: abortion is a personal choice that is permitted by law in South Africa, and is a perfectly acceptable option for any woman facing an unplanned pregnancy. If you agree, you can show your support for women in your community by helping to stamp out the stigma surrounding abortions by:

Need a safe, legal abortion without fear of judgement? Marie Stopes can help

Any woman can turn to Marie Stopes for a legal abortion, regardless of her age, marital status, social status or any other factor. You’ll be treated in a confidential environment by qualified doctors and nurses endorsed by the Health Professions Council of South Africa (HPCSA). Most critically, the abortion procedure will be carried out safely and without judgement, and supported by counselling and post-abortion care.