Pregnancy Tests That Calculate Gestation: How Accurate Are They?

You are here:
Pregnancy 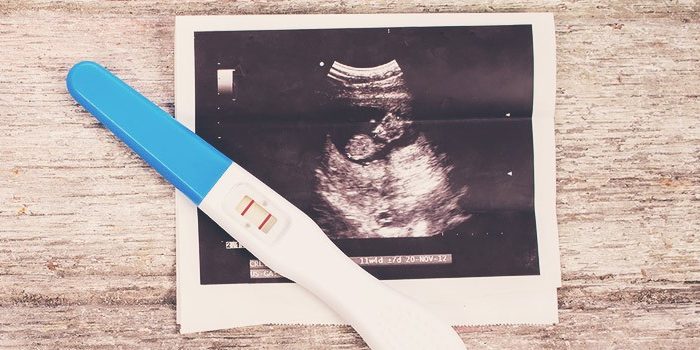 If you’re in the habit of watching YouTube videos (who isn’t?), you’ve probably seen the advert where a woman discusses her pregnancy with a friend. She says the test not only confirmed her pregnancy, but also told her how far along she was.

Can this really be? Can a pregnancy test really calculate gestational age? Let’s take a look.

Pregnancy tests tell if you’re pregnant by checking for a hormone called human chorionic gonadotropin (hCG), which is produced by the placenta soon after implantation of the embryo. hCG rapidly builds up in the first few days of pregnancy, so a positive test will indicate that fertilisation has occurred (some women may have hCG in their systems for some weeks after a miscarriage or a termination).

Pregnancy tests, when done correctly, are around 97% accurate. The great thing is they’re easy to do at home, the results are fast, and they’re pretty affordable. But, if you do them too early, the results may not be accurate.

Is there a way to know my gestation period, and is it accurate?

You can get home pregnancy tests that calculate gestation. They do this by measuring the amount of hCG in your system.

As for accuracy, that depends. These tests are usually very good at determining if you’re pregnant with more than one foetus, as your hCG levels will be much higher than normal. Sometimes the tests will be inaccurate if you have higher or lower than average levels of hCG. For the most part, they can be fairly accurate if your hCG levels are within the normal range.

Why is it important to know my exact gestational age, and how can I find out?

If you’re wanting to terminate your pregnancy, you can only have a medical abortion (using pills) up to nine weeks into the pregnancy. For surgical abortions, you have until 20 weeks. That’s why it’s critical to have an accurate result, which can be ascertained by your clinic, gynae or doctor. They’ll use one or a combination of three basic methods to calculate gestational age:

Sometimes a home gestational age test will be inaccurate, and you’ll think you can still qualify for a medical abortion, when actually, you’re too far along.

Where can I have a safe, legal abortion?

Marie Stopes offers legal abortions up to 20 weeks into your pregnancy. If your gestational age is within this range, you’re entitled to a safe, legal and confidential abortion in SA.

Find your nearest Marie Stopes centre or make an appointment online to come in and chat to us. You’re assured of non-judgemental assistance in a safe and caring environment.